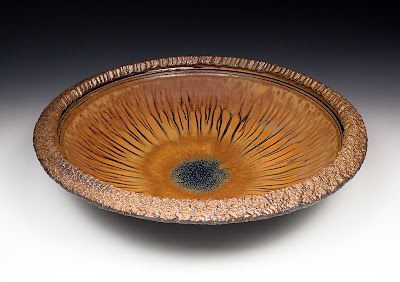 Rhythm and order to interest my mind
Random and whimsy to satisfy my soul
Proportion and scale timeless enough to live with for a long, long time

As a young student making my first pots, I struggled (as seems common with beginning potters) at editing my work as a potter. I think that that editing struggle had its genesis in several factors:

That self editing started – in my mind – to take shape after one visit to the college library during which I picked up an issue of Ceramics Monthly. There, on the back cover, was an advertisement for Cedar Heights Clay Company featuring a glossy full-page photo of a marvelous canister set created by Richard Aerni. 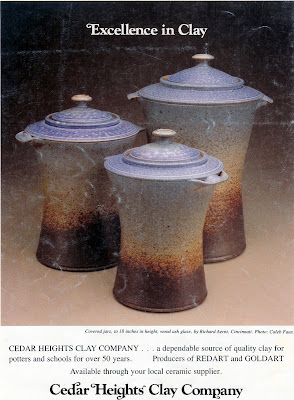 Richard is not that much older than I, but even thirty years ago his sense of creating timeless pottery was precocious because in that canister set I saw the best of pottery editing…

Rhythm and order to interest my mind
Random and whimsy to satisfy my soul
Proportion and scale timeless enough to live with for a long, long time 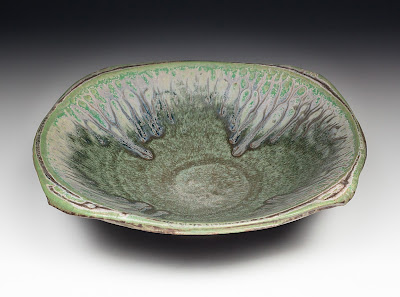 Soon after that library encounter with Richard’s canister set, I started up my pottery. I didn’t subscribe to Ceramics Monthly in the early years of my studio. The shows I was able to get into didn’t expose me to lots of great pottery, but I never forgot Richard’s pottery – those canisters and several other photos I’d managed to find from subsequent publications I’d find in the library or elsewhere

Finally, about 10-15 years into my pottery making I started running into Richard at the Ann Arbor Art Fair. When I did that show I used to make a regular practice of at least one day walking the show to see the other potters. And one of my first stops was always Richard’s booth. I never walked into that booth without being a bit awestruck. And I never walked away from that booth without being inspired. And a little intimidated. Richard sets the bar high 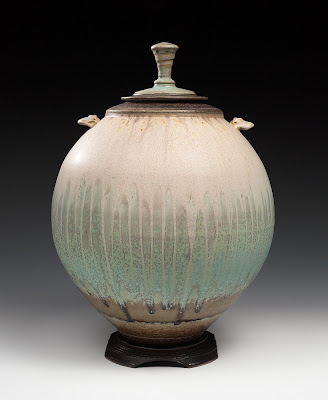 Over the years Richard has consistently made the same kind of timeless work – work with a flawless sense of proportion (I’ve only known three potters who have made big pieces worth making. Richard is one of them), and a musical sense of rhythm, all the while conducting the natural randomness of the glazes he’s chosen to use into a unified whole that I find -- and here is where only one word works -- and that word sounds like understatement, but it’s the word most accurate… 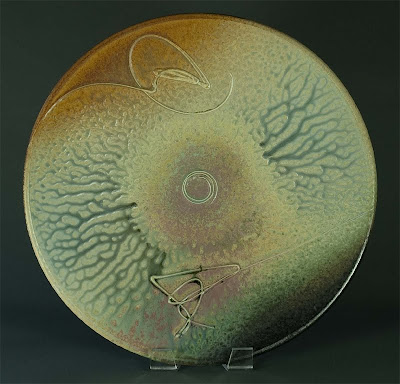 I contacted Richard about my intent to start this series on "influential potters" with a post about his pottery. When I emailed my rough draft to him, he responded with the following -- a note that I think is both interesting and instructive to all potters curious about the process and development of a potter:

All of us struggle as we begin to try to find ourselves, and clay is no exception. At the time you saw that image (which was the first pot of mine ever included in any publication) I was coming out of about 2 1/2 years of a "horrible lack of identity." I was growing out of my first bloom of potting, wherein you slavishly imitate those you admire, and growing the scale of my work and realizing that decorating bigger pots is a whole different ball game than small scale decoration, and hating my pots. I had a couple of things going for me...

First, I was surrounded and supported by good and generous potter friends...Michael Frasca foremost of all, and Brenda Brown-Tarbell and Greg Siegel also noteworthy, but there were plenty more, who gave me inspiration and lots of helpful conversation.

Secondly, like Mayo in _An Officer and a Gentleman_..."I had nowhere else to go!" I was all-in in the pottery game...no fallback plan. I had to make it work, or else...the gutter. So, I was young, stupid, hardheaded and persistent...

When Mike and I did the first ash glaze tests, it was love at first sight. We were starting to spray glazes and slips in the studio at that time, and that fit right in too. That cannister set was among my first ash-glazed pots, certainly in the first ten...that they came out that well was something of a miracle.

Right after that article came out, I was going to Columbus to do the Winterfair Show, and thinking that now, since I was published and famous, I'd clean up. Well, you can probably imagine the ending...it was one of my worst shows ever. I ate humble pie for a long time, but kept on working. I still have bad shows, but now don't take them as personally.

Thanks for the kind words. I'm glad that I was able to be of some help to you...clearly you are well down your own highly rewarding path, and I wish you the best. Hope to see you somewhere this year too!

You can contact Richard and see more of his wonderful pots any of the following ways:

Richard's Website
Richard's Etsy Site
he also has a facebook page
Posted by John Bauman at 6:19 AM