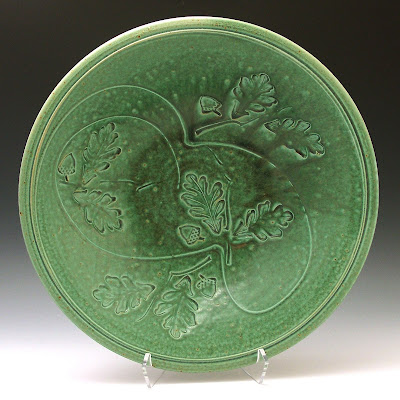 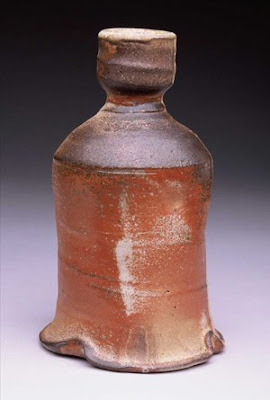 ...responded to my series "What Potters Talk About" last month. As these posts get trapped on back pages in favor of current topics, I thought I'd bring this to the fore in hopes of continuing the broad and ever-expanding topic.

"Just a quick follow up thought: your comparison to musicians seems to be very enlightening. Thinking about a song as work in progress allows for considerable freedom in exploration. Rather than being wedded to a narrow range of expression and glacial innovation as potters seem to be, thinking of our creativity as fundamentally 'unfinished' takes the pressure off, and avoids the requirement that our art end up expressing just this one 'style' or 'voice' or what ever. Musicians seem to have an inherent adaptability and can easily fluctuate between vastly different modes of expression. Potters, on the other hand, strain to preserve the parameters of their style as if THIS were the goal. Potters are so serious about this dogmatism that very few of us have experienced the artistic freedom and improvisation that musicians seem to find a natural facet of their creative expression. How do you feel about this comparison?"

I'm a guy whose first love is most likely music. This is probably and mostly true because as a musician I was never talented enough to even think about making a living from music. And we humans (driven as we are to seek the greener grass--or at least believe there is such a thing) are often tragically, cussedly, and quite comically attracted to the unattainable. Ain’t that the truth? 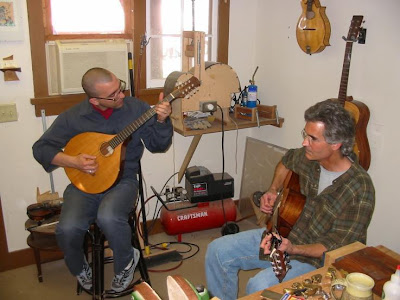 But because I have no financial interest in my music, I can thoroughly enjoy it without the restrictions to expression that making a living from music would put to it. It seems that any endeavor in the arts that turns into a livelihood soon becomes "work".

But because of my love of it, I often think of clay in comparisons to music. 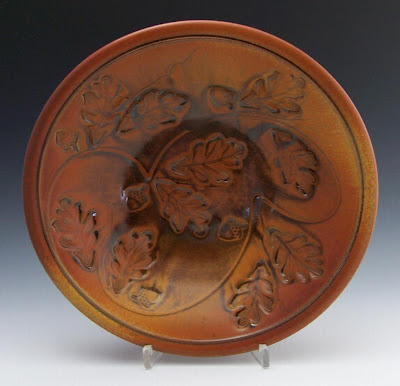 I see many parallels in the things we're talking about. Just think about it....

If you're making a living from either, you are probably going to limit your style a bit for practical reasons if no other. In music, the larger the repertoire, the harder it is to stay sharp on the performance. In clay it's the same if for no other reason than the difficulty of mastering the materials necessary for change -- new glazes, new clay, new firing schedules. The loss of work during the learning curve can be immense.

In that regard, as a potter making a living, I've often found myself in some ways envying many part-timers or students I know who can play around and experiment more. Loss doesn't really cost them anything. (And, to touch on the comment and response between me and Conner Burns, if you are going to make it IMPOSSIBLE to market your experimental work, you're going to tie your hands even further from experimentation. And I don't think that's a good thing)

But in a way, I find music more fluid than pottery. It's definitely more immediate. As an amateur musician, I can change styles and often do. As a guitar player, I'm pretty eclectic -- bluegrass, rags, swing, jazz, pop, and fingerstyle stuff.

Even trying to be that versatile in some corresponding manner with the pottery would be difficult -- might require different materials, different kilns, etc.

On the other hand...

That's exactly why I work as I do -- I work in both stoneware and porcelain. AND, I also work in fairly distinct (even if evolving) "patterns": Certain ways I brush or trail slip; Certain stamps for texture; Certain carving patterns. 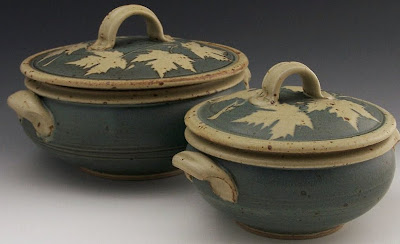 So, in a way, I satisfy my intellectual curiosity and my need for change and expression by keeping several lines concurrently evolving.

I'd be willing to bet there are a number of other potters who approach this conundrum in much the same manner as I.

I enjoy arranging for guitar. It's just a hobby, but I get pretty deeply into it. I have to laugh at myself a bit because one thing that takes me the longest in trying to arrive at an arrangement is deciding the direction I want to take it. For every song I’m learning, I’m a kid in a candy store. Every possible way to play a passage is too good to pass up and to simply decide on only one way to finally play the darn song.

I’m not sure why I add that little coda. Maybe it’s just a way of saying that I can see lots of parallels between my musical universe and my pottery universe…

…but in the long run I always end up in the same wonderful place: With more questions to creatively explore than answers to conclude.

Know what I mean?

One of my favorite lyrics in the entire universe of music is Tom Waits’ “Foreign Affair”. In it he has the line:

The obsession’s in the chasing
And not the apprehending
The pursuit, you see?
And never the arrest