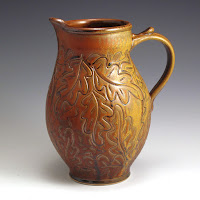 I admit – I was more disappointed than surprised.


I even had a hand in setting up the interview.  I was curious.  I wondered if other people of faith contemplate things in anywhere near the same fashion as I do.  But when the inquiry was met with abject, almost comical silence, I had my answer.

Maybe I should give the silent response more credit.  Maybe the respondents intuited the good sense that a joke explained is a joke ruined.  Artists don't like to explain.

But those of the religion in question whom I’ve come to know have either developed an almost perfect dichotomy between religious life and temporal, or their belief system is so integrated that they’ve never had cause to contemplate how that integration of faith and life came to be.
Mostly the latter, I suspect.

Most of them I know are fiercely loyal to their religion in the sense of it defining how the world could be a better place.  They are an exceedingly devoted social club – marked by generous acts of kindness and caring that have evolved in the current vernacular to be defined as social justice.


But there remains only the faintest vestigial artifacts of anything transcendent.  And certainly nothing idiosyncratic.  True to their history, they are not Protestant (nor are they Catholic).  Untrue to their history, they are also not – as other Christian manifestations – concerned with things like afterlife, judgment, salvation, etc.  They are concerned deeply with righteousness, and about that they are passionate.


Reformed theology resonates with me more than other Christian theologies.  And the imaginations of those from  John Calvin to C.S. Lewis – the imaginations I was steeped in as a kid – always prompted me to wonder more about creativity – because I believe in a creation.

Oh, I don’t pretend to know how creation occurred.  I’m interested.  I read, but I don’t conclude as much as I wonder. 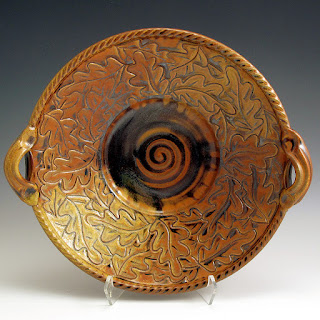 I haven’t tied anything together.  I’m not that scholarly.  But I’m a passionate wonderer.  And I can’t help but notice that the impulse to create is strongly driven by a wish to see something *other*.  Something new.  Something independent of the creator.

And I’ve noticed that this *other*, this third visitor to the table, sitting between the creator and the creation, is almost always present. 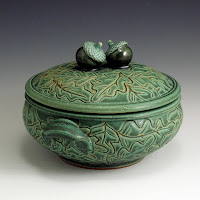 As potters we are more aware than most that we are inviting – accidentally (or more accurately, incidentally) – the third element.  When we put only semi-controlled substances into a semi-controlled fire, something we didn’t expect is going to happen.
So, maybe what I’m observing is no more complicated than that.  And I might leave it at that if I hadn’t also delved into writing and music where I find that third – that “other” – present in the product of creation.


And I imagine the God of creation as a child in a sand box.  With a small block of wood he’s graded a network of roads up and down the hills of sand.  And with his hand he pushes a Tonka truck up and down them.  With eyes squinted or purposely blurred, he imagines this world of his creation such that his hand doesn’t need to be there – that the Tonka truck will move around those roads of its own volition.


Really, he’s not even satisfied with that.  He’d like to add purpose to volition.
But try as he might, the creation never stands independent.  Even when he grows up and trades the Tonka truck for a radio controlled version, the technology of hands free locomotion enhances his ability to imagine an independent creation….
…but he knows.  He knows it’s not.

But he still does it.  He still creates because, to his unending fascination, that third “other” always appears anyway.  Maybe it’s simply the materials of creation that cause them.  Maybe it’s basic math.  Maybe it’s just that the creator’s toy or tool chest is infinite in possibility. 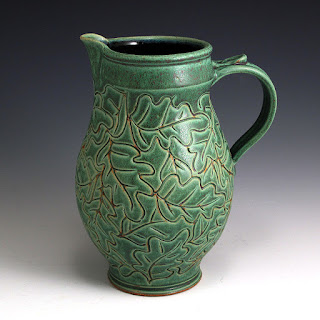