Who Is In Charge?

Tony Clennel raises the eternal question: "What should a potter charge for a mug?" 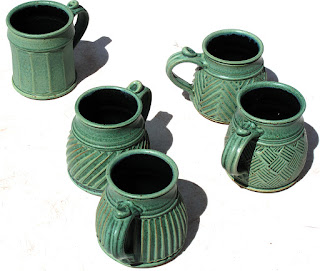 
If a potter is making a living by selling his pots -- no other source of revenue, no family money, no supporting spouse, no trust fund, no government grants....

...then the only consideration a potter should make relative to the prices other potters put on their work is whether, when stood beside those other potter's work (whether those other potters are the rankest of beginners or the most famous among us), the pottery we are offering the world will be perceived as being of lesser, equal, or greater value. 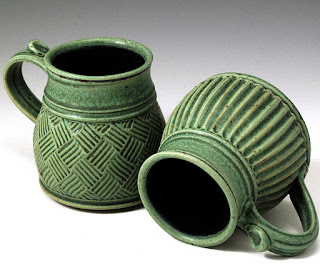 I have yet to meet the potter whose mug was inferior to mine simply on the basis that they had only been making pots for a year (compared to my 40) -- and plenty of beginning potters who proved quite the opposite. And I've met few famous potters who were putting significantly more value into their mugs (though several are playing the dangerous game Tim Mather once described to me as "putting more value into a piece than can reasonably be recovered in an open market") 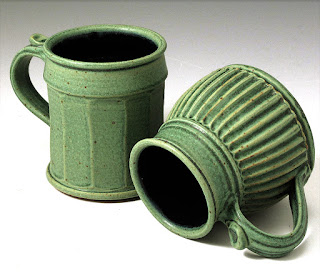 There is value to be had in brand. Some of our number get to be well-known. But that particular aspect of price requires a few things in order to be a serious contender in the "What Can I Charge?" sweepstakes:

1. Does your "fame" -- your life experience, your name recognition -- extend beyond the world of clay? If not, then your market is the cloistered clay world of academia, workshops, and select galleries. If that is the case, a potter might be able to generate a living income from that small group....but the perverse thing is that the price structure allowed (even encouraged) within that cloister are the very prices that almost guarantee failure in the open market where the name recognition/brand/fame isn't obvious.

2. If that fame does extend beyond the world of clay then perhaps the world is your oyster. A friend of mine once pointed out to me that we might often be playing to the wrong audience.

For instance (he pointed out), if you are writing an article about your work, is your first instinct that your target reader is the Ceramics Monthly/Clay Times/Studio Potter reader....

...or are you submitting to The Smithsonian/Architectural Digest/Parade Magazine readers of the open market? 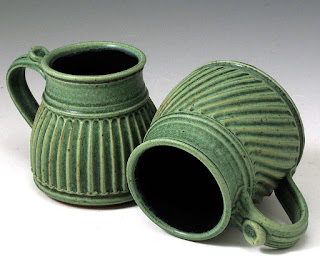 2. Does our pricing allow us to make the pieces we most want to be remembered for (if remembrance seems at all likely)?

3. Can we make pottery that we can make a living from?

4. Is there anything inferior about being an amateur potter -- either by way of pursuit OR quality of work?

The subject seems endless....and very subjective.
Posted by John Bauman at 4:37 AM