I heard it from the orchardman. He said it’s a rule of thumb. Green thumb in his case. I know. I saw his orchard.

He said, “Stand here on this mound.”

So I stood on the rise of the dirt road I’d just been traveling down before this sight caught my eye.

“Now gaze out over the trees.” He continued. “See those rows? Straight as, well, straight as the rows of trees in an orchard ought to be.”

“The contrast? You mean the straight rows beneath crooked branches?

“I’m kinda tickled you noticed that. I’d like to believe maybe I’ve learned a little about how to live a happy and contented life by the way I’ve learned to tend this orchard.”

“Well, see, a well-maintained orchard is planted in straight rows. That’s done so’s it’s easier to measure a fella’s progress as he makes his way through the orchard several times a year, first tending to the pruning, again to spray, to more easily keep the grass mowed between the rows all Summer, and finally, when it’s picking time.

But just as a good orchard has straight rows of trees, it’s only the crooked branches that bear the fruit. The straight ones – the “suckers” --are what are pruned away so’s they don’t compete for the tree’s energy.

And that pattern continues on after the picking. Once the fruit is picked, it’s a hurry-up to get it to market. To do so, we don’t waste any time. We take the most direct route – the straight roads. The rails. Shortest distance between two points, y’know?

But the tending and the mowing and especially the picking will have been hard and demanding work. And nothing makes me a whole lot happier after I’m done delivering the fruit than taking the long way home. The river road that meanders a good ten miles out of my way. Maybe it’s still warm. Maybe the windows in the truck are rolled down. Maybe I don’t turn on the radio, but just listen to the sounds passing by and the crunch of my tires on gravel. There’s a whole lot of joy and contentment in such a drive down a winding road. It’s the rows and branches again. Straight to market to keep life on track. And the crooked road home to enjoy the fruits of the labor.

Same deal with truth and lies, I say. No, really. There’s a good time for both of ‘em in a happy and contented life. I figure I just have to determine which is the best time for either. I have to figure out which times to be straight and which times to be crooked. It’s just rows and branches again.

And, heck, it’s not that hard. I figure it falls pretty much along the lines of straight dealings and crooked tales. Deal the truth at exactly the times you expect it to be reciprocated – cutting contracts, selling stuff, commitments. The rows.

But, to be honest, a well-told lie makes for the very best tales. Sometimes it takes a good lie to tell the truth. Sometimes a fiction is the only way to make us drop our guard – our defenses -- and laugh at ourselves. And God knows, we need to laugh at ourselves. It’s how we ripen the humility that maybe makes us the kind of folks others can take joy in. Maybe, anyway. At least that’s how I see it.

Straight rows and crooked branches. That’s pretty much life in an orchard.”

I said my goodbye to the orchardman, took one last look over the orchard – the straight rows and crooked branches – hopped back in my truck and pulled away. I watched the orchardman disappear in my rearview mirror. I took the winding road the rest of the way home. I had some things to think about. 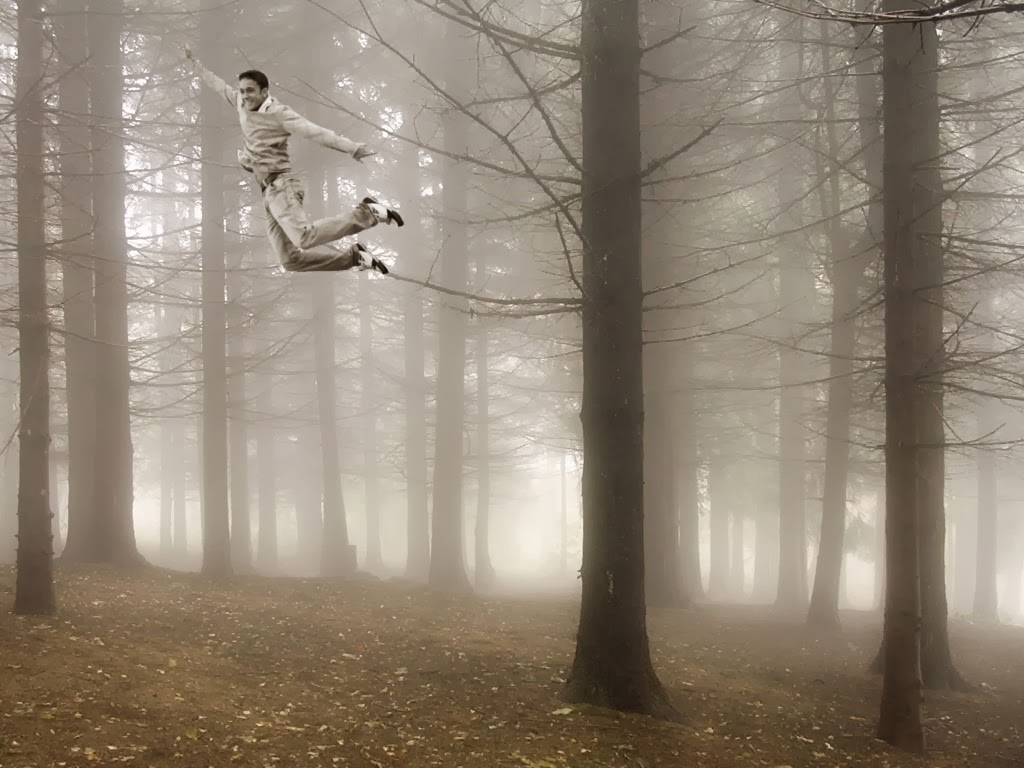 And sure enough...up he rose.

With his lungs full of helium he could float on air and he could fly around a room.

He got surprised looks from folks as he floated by airplanes. But they’d see him smile and they’d smile back and through their little airplane windows they’d wave at the flying man.

"But he talks funny." That's what he started to hear.

So he didn’t talk. He didn’t care for the criticism. Anyway, talking was a waste of good helium. He just flew. That’s what he liked to do. And that’s what people liked about him.

But eventually the helium leaked out. Helium does that. Helium is hard to contain and it can’t be held permanently. One day he found that he could only float limply just above the ground. Then, finally, he came to rest on a park bench. No longer the flying man.

And there he sat on the park bench, dejected. His flying days were over.

A young girl who happened to be playing on a nearby swing set, hopped off her swing and walked over to the no-longer-flying man. “What’s the matter? Why do you look so sad?” she asked.

“Because I used to fly and now I can’t” he answered.

At the sound of the no-longer-flying man’s voice, the young girl got a big smile on her face. “Has anyone ever told you what a beautiful voice you have?" 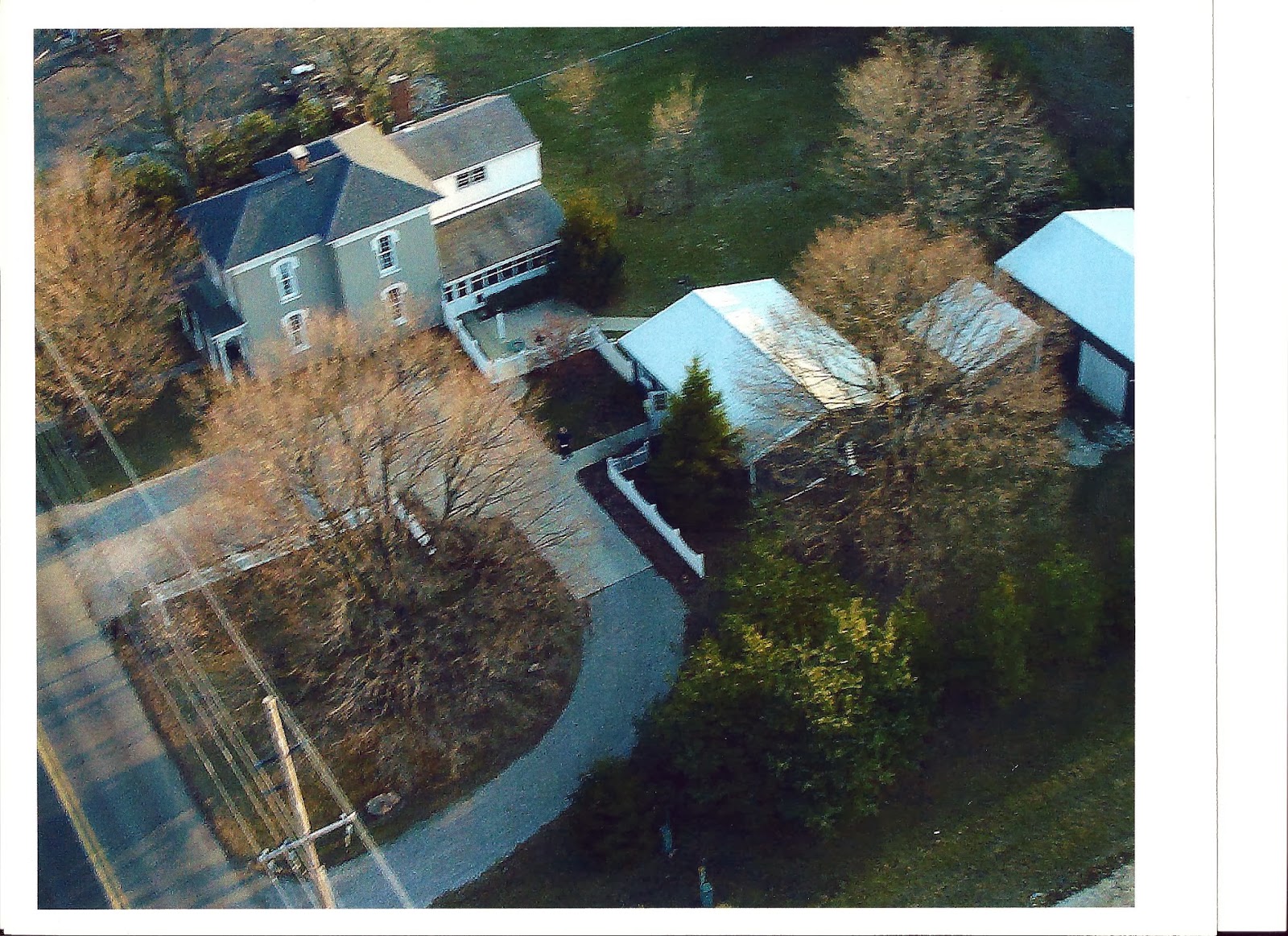