It Happened Down In Birdland 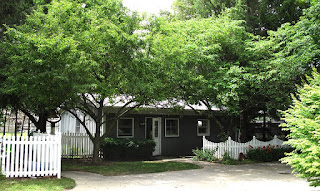 The fever of humid Hoosier summer finally broke yesterday and I’ve been enjoying the shop today with the windows pushed wide open.

Just now I had to turn off my audible book. As much as I’m enjoying the novel, the redbird in the burning bush thirty feet outside the window over my wheel is singing a song far more compelling than Leif Enger’s words. That’s saying something. Leif Enger is one of my favorite authors. But, God, how this bird can sing.

This morning the catbird stopped by for a visit. I was standing at the glass of the shop’s front door when I saw the little polyglot perched silently in the redbud branch a mere four feet and a pane of glass away. He dropped down to the sidewalk and hopped around a bit.


I talked to him. I tried to convince him to stay. I pointed out the huge maples, the shrubs, the climbing hydrangea – all great places for a catbird to hang out. Then I confess it – I played the guilt card with him.

“Look” I said, “I know I threatened to cut it down last year, but here it still is. I didn’t get rid of it. I saw how you liked it. You could still, you know, use it.”

I was talking about the crab apple tree that umbrellas my shop and drops fruit that makes a general mess of the driveway 8 months out of the year and barely makes up for that with a week's worth of blooming in Spring.

He was standing under it. Last year his family used it for nesting. It seemed to work out well for them. And for my part, I never had such a great selection of free music since the days of Napster.

I know it’s past catbird singing season, but I just thought if I could convince him to stay, he might start to think about this place as his regular summer home. Free music is something worth fighting for.
Posted by John Bauman at 1:50 PM 1 comment: 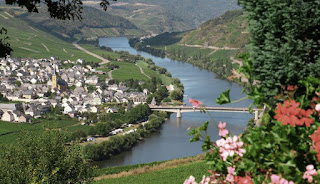 It's become one of my favorite drives in this big country -- taking the cross-country, blue highway drive across Minnesota and Iowa.

Yesterday I followed the storm home (caught up with it just outside Chicago) and it gave me a light show to beat all. All the way across the prairie the sun dappled the fields with shafts of light through the breaking clouds.


If Ireland is green then Minnesota in summer must be Ireland.

There's a beautiful passage not too far south of the Twin Cities where the highway dips down into the Minnesota River valley and enters a little town called Henderson (pop. 874).

When life gets hard enough that I need to go somewhere pleasant in my mind, it will probably be to Henderson on a summer morning when the fog is still covering the low ground around the city park by the river, while the 150 year old brick main street rises above.

Henderson's Andy Taylor will have a Minnesota accent, but the same slow, deliberate style. The humor won't make me laugh. It will make me smile. And that for a very long time.
Posted by John Bauman at 12:55 PM 1 comment: