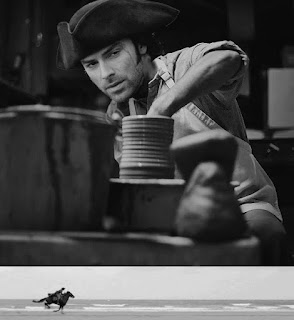 If Ross Poldark had been a potter
He would have, of course, lacked
The time to ride horseback
(To the swelling orchestral soundtrack)
Up and down the Cornwall coast waters

If Ross Poldark made pottery too
Fair Elizabeth might ask
Putting Ross to the task
To make her a flask
“But, Ross, do you have it in blue?” 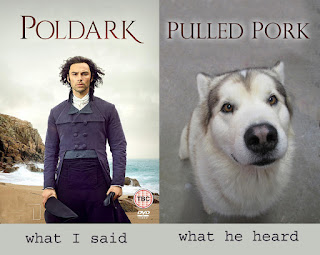 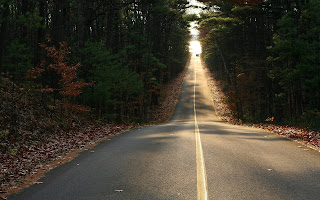 The jury is still out on whether or not it saved me time. It can't be proven one way or the other. I can't have chosen one road and simultaneously know what might have happened had I chosen the other.

But as I headed toward Minnesota last weekend, I couldn't help but notice that the oncoming (eastbound and southbound) lanes of the highways I traveled were parking lots. Tens of miles long traffic jams.

I determined to travel home on blue highways only.


And even if I thus lost the time battle, I won the battle to fill my life and my eyes with more beauty than I can now convey.

Henderson MN might be the most beautiful small town I've ever driven through. At least, its main drag is in the running for that title. Especially in the dawn hours with light fog filling the river town with added atmosphere.

I bypassed Chicago by going south -- latitudinally level with home - and driving, first through the winding county roads that thread back and forth through the Kankakee River valley...

...and then on straight-as-an-arrow county roads, at once walled off by head-high corn, and then opening up to ten mile vistas of green. Off in the distance every sneaker creek gives itself away by growing tall white sycamores to lace it.

And there are the culvert-size "bridges" and old rail crossings that come up unexpectedly, launching the van nearly airborne.

All the homes tell stories to an imagination like mine. There are those of new construction that tell me that though I haven't seen a town in 50 miles, I'm surely close to one...

...and the hundred year old places that remind me that the road I'm now racing down at 60mph was once -- and not that long ago -- not much more than a dirt trail.

Take the long way home. You won't regret it.
Posted by John Bauman at 4:55 AM 2 comments: