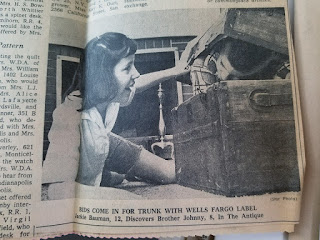 So, yeah, the image of her letting me out of the trunk is apt. It's a good metaphor. I wish everyone could have a Jackie in their lives who sees more good than bad in them, who sees something worth encouraging and nourishing in them, who would tell them that no matter what else the world was saying about their creative offerings, there is still at least one person in that world who sees great value -- and who opens up the trunk for them and unleashes them on the world.
Posted by John Bauman at 6:43 AM