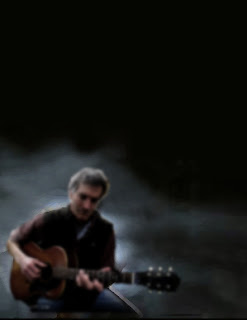 Now don't I dig the big time rock and roll
To sit in the darkness and be somebody else
A time which after all is under control
Crank out the music
Give me music
Let the music fill the air.

"Did you happen to catch the Kennedy Center Honor show last week?" my friend asked as I folded myself down into the passenger seat of his car and off we drove to Saturday breakfast.

And I was off to the races. His question started up a rant in me that's been boiling for weeks now.

I have been bothered by that show ever since I saw it. Okay, I've been able to not obsess about it for a few days now but, doggone it, now my friend done brought it up again.

I'm sure I wouldn't have been bothered by the honors show except that James Taylor happens to be THE musical idol of my entire adult life (and my teens, too).

Music has always been a passion since I first started playing "Oh Suzannah!" on my dad's harmonica at about age 5. I'm pretty typical for my age. I loved the Beatles and the "British Invasion", Motown....basically, all the music of the 60s. I grew up listening to my parent's big band records and soundtracks from all the Broadway Musicals (and can probably still sing every word to every song of every Rogers and Hammerstein musical to ever be struck to vinyl).

But then came Sweet Baby James. And my sister came home with that Apple record with "Carolina In My Mind" and "Brighten Your Night" and "Something In The Way She Moves"...

...and me a blooming guitar player. I became obsessed.

In my teens I learned to play much of the Taylor catalog wrong. In my thirties I started to relearn that catalog "righter". My chord vocabulary grew and I could make the guitar sound a little more like I was hearing it on the recordings.

But lyrically Taylor was also scratching an itch of mine. I love words. Not just literal, journalistic, concrete words, but playful impressionistic words. Words that say things obliquely and yet somehow end up expressing the concept more accurately that way.

Somehow Taylor always managed to say things as he saw them....but leave just enough room to shoehorn my own experiences into those words and relate.

So I was disappointed by the profoundly underwhelming tribute the Kennedy Center managed to cobble sloppily together to celebrate the career of James Taylor.

First of all, I get it -- a president acting as the emcee for the Taylor segment of the honor show wasn't nothing. But it was the honor turned exactly on its head.

For one thing, Bill Clinton came off as though he was ad libbing his lines....and that, not even well.

But what I mean by the honor turned exactly on its head is that Clinton left the impression that somehow Taylor was the one graced by the attentions of two presidents (Clinton and Obama). It's exactly the opposite. Taylor graced them. Taylor's art will have more, and a more lasting effect on our culture than will presidents. Politicians reflect the culture that the Taylors of the world create.

But beyond that personal annoyance (yeah, I get it that nobody else will understand what I mean by the Taylor and the presidents thing. Maybe I'll take another stab at it some other day), the whole segment was strangely produced as though they had little or no idea who James Taylor was -- or, more to the point, who was the audience he created.

Darius Rucker? Garth Brooks? Are you KIDDING me?!

My boss's husband and I had been talking and speculating anxiously about the program for well over a week. We had gone to a JT concert this past summer and when we heard about the Kennedy Center show, hardly a day went by we didn't talk about it.

And if honors shows in the past had performers who weren't exactly peers of the honoree -- they at least always seemed to have some obvious and long-standing connection to the honoree.

But Darius Rucker? And Garth Brooks?

So, Mr Disgruntled Bauman, if you're so smart, how would you have done the Taylor honor segment?

The stage would be dark. The audience quiet. A single spotlight would illuminate a chair sitting at center stage. A lone, anonymous guitarist would walk out into the spotlight, sit down on the chair, spread some papers down on the stage in front of him, lean over the guitar as if reading the sheets of music on the floor....

....and launch into the guitar part for "Fire And Rain" -- just exactly like millions of young men were inspired to do the first time they ever heard the song.

That would be the perfect intro to the segment because that's an important -- almost critical -- part that James Taylor played in our culture. Inspiration to make music. I'll bet James Taylor is responsible for the sale of more guitars than Martin. Okay, maybe a slight exaggeration. But THAT is a big part of James Taylor's influence on our culture.

The other day, Dar, my boss, and my boss's husband were talking. I was kidding around saying "I kept waiting for Taylor (at the concert) to say, 'man are my fingers tired tonight. I've played so many dates in a row, I'm just not sure I can play tonight. Is there anyone in the audience who can do my guitar parts for me tonight?"

Before I could finish with "...and I raised my hand and Taylor said, 'well, come on up here, then"...

...Dar, my boss, and her husband said, in almost perfect unison: "...and half the men in the audience raised their hand."

And they're right. Assemble 50,000 guitar players from age 40 to age 70 and ask them what inspired them to take up guitar. You won't get very far in your inquiry before the name James Taylor will be brought up.

Oh, and a short list of people more appropriate than Darius Rucker or Garth Brooks to be honoring Taylor in music: